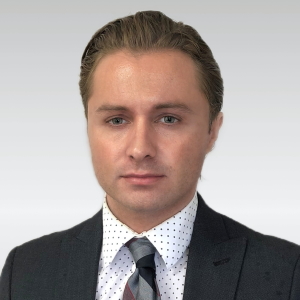 When facing an emotional family law matter such as a divorce, having an attorney that can be both caring and diligent can make all of the difference. Brent Corley is a compassionate Senior Associate Attorney with Stange Law Firm, PC. He is able to assist clients throughout Oklahoma County and the surrounding areas with their family law needs from the firm’s Oklahoma City, Oklahoma family law office.

Brent obtained his Juris Doctorate from the Oklahoma City School of Law in May of 2016. While in law school, he was twice on the American College of Trial Lawyers Advocacy Team and also represented the law school in his school’s Congress from 2013-14. He was also a member of the law school’s Moot Court Society. Prior to studying law, he attended the University of Oklahoma in 2011, focusing his studies in Political Science. Brent was also named to the Dean’s Honor Roll multiple times while earning both his law degree and his undergraduate degree. Brent is currently licensed to practice law in the state of Oklahoma.

Prior to joining the Oklahoma City family lawyers at Stange Law Firm, PC, Brent spent almost 3 years working as an Associate for a law firm in Edmond, Oklahoma that focused their practice in oil and gas law, contract law, property law, and corporate law. There, his duties included determining the ownership of property, creating title opinions, advising on the marketability of property, helping cure property and contractual defects, and assisting in the acquisition of property. He also spent more than a year working as a Legal Intern for the Oklahoma Attorney General’s office. Here he was tasked with legal research, writing motions and briefs, and accompanying the attorneys to court. His work was focused in admin law, tort law, constitutional law, 4th Amendment law, contract law, the GTCA, and the open records act. Brent has also spent time working for the City of Norman as both a Juvenile Programmer/Supervisor and an Intern. He also spent time working in Constituent Services for the State of Oklahoma.

Outside of his legal practice, Brent enjoys giving back to the community. He is greatly involved with his church and fraternity where he has spent time working in nursing homes, constructing homes for needy families, and mentoring at elementary schools.

Your Guide to Restraining Orders in Bloomington

Unfortunately, thousands of people experience domestic violence each year in the United States. In Illinois, one of the most commonly reported reasons for filing for

Marriage and Divorce Rates in Oklahoma

Over the past two years, the ongoing health crisis caused by the COVID-19 pandemic has altered American life in countless ways, including dramatic effects on

Suppose you and your spouse believe it’s time to consider ending your marriage in Oklahoma City, OK. In that case, it’s crucial to weigh your

How to Prepare for a High-Net-Worth Divorce in Tulsa

Every marriage is unique, so every divorce case is inherently unique as well. Some divorcing couples manage to streamline their divorce proceedings significantly and move