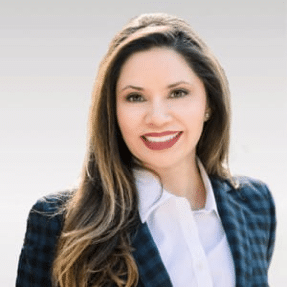 Paola is a hard-working individual. Paola received her Juris Doctorate from Emory University School of Law in Atlanta, Georgia and is licensed in Missouri and Georgia (inactive).

Paola has been recognized for numerous awards for her experience in family law, including:

Paola enjoys giving back to her community through volunteer work. Paola received the 2016 Golden Plate Award from Old Newsboys as well as the 2015 Making a Difference Award.  In Spring of 2020, it was announced that Paola would serve as chair for Old Newsboys for 2020-21. Old Newsboys is a non-profit organization that has raised millions of dollars for hundreds of St. Louis area children’s charities.  Additionally, Paola previously on the Board of Directors for the Mid-County YMCA and on the Board of Trustees for Endangered Wolf Center.

Further, Paola was part of the 2017 Emory University School of Law Kessler-Eidson Program for Trial Techniques where she served as an adjunct professor in the role of a trial skills instructor. In 2019, Paola was nominated and received an invitation to serve as a member on the Emory Law Alumni Board.

Paola was born in Guatemala City, Guatemala. She moved to Atlanta, Georgia when she was three and relocated to St. Louis, Missouri in 2007.  Paola is fluent in both English and Spanish and has two children.

Paola, a former high school and college cheerleader, enjoys dancing and staying active.  Incapable of sleeping late, even on the weekends, her family accuses her of being unable to sit still.  Horseback riding and yoga are her favorite activities.  Mrs. Stange recently returned to her cheerleading/gymnastic roots and is practicing acro-yoga skills at the local jams.  When Paola does stop moving, she enjoys binge watching “Criminal Minds” or “The Vampire Diaries” on Netflix.  She is also regular at her favorite Shell gas station where she gets her signature 44oz Polar Pop.