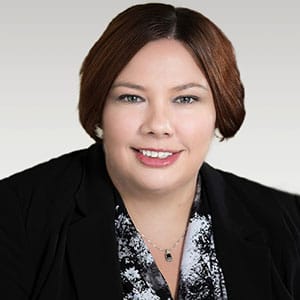 Rebecca Terry is the Director of Administration at Stange Law Firm, PC.

Mrs. Terry began working for Stange Law Firm, P.C in April of 2008 working directly for Founding Partners Kirk C. Stange and Paola Arzu Stange. In 2012, she was promoted to the position of Office Administrator and later to Director of Administration, whereupon she assists the Partners in the administrative management of the offices.

In her free time, she enjoys spending time with her husband and son. She is also a horror movie fanatic and enjoys keeping up with the newest horror movies.

Developing a Prenuptial Agreement in the Midwest

Many people in the United States hold only a partial understanding of what a prenuptial agreement is, the purpose of such a contract, and the

Common Questions About the Divorce Process in the Midwest

Divorce is an incredibly difficult experience that requires a significant investment of time, money, and energy to see through to completion. When it is over,

Essential Elements of a Parenting Plan

When married parents decide to divorce, their roles and responsibilities remain unchanged. However, they must account for their new, separate living situation and come to

What Is the Difference Between Legal & Physical Custody in Illinois?

Custodial agreements can be long and complex and vary a lot from case to case. That’s why it’s critical that you become familiar with the