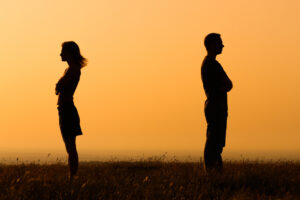 Suppose you and your spouse believe it’s time to consider ending your marriage in Oklahoma City, OK. In that case, it’s crucial to weigh your options carefully and evaluate the long-term implications of your decision. Divorce is final, and it will have dramatic effects on both of your lives for the foreseeable future. While some people rush to divorce, other couples may gradually grow apart over time and eventually feel like their marriages are already over even though they are still technically married. Still, other couples may feel trapped in their marriages, feeling no more affection toward one another but also compelled to remain married for financial or religious reasons.

What Is Legal Separation?

Simply put, legal separation requires going through the motions typically required for divorce without actually divorcing, allowing the spouses to live separately under terms similar to what they would face if they divorced. It’s important to note that informal separation does not require any legal proceedings; a couple may decide to informally separate for several weeks or months to cool off from home tensions or reevaluate their marriage while giving one another time and space. On the other hand, legal separation is implemented with a family court order that formally recognizes a couple as separated.

The spouses will negotiate various terms regarding child custody, child support, alimony, and property division during a legal separation. Ultimately many people discover that legal separation proceedings can easily serve as a precursor to a future divorce, allowing the couple to get these details sorted before moving into the divorce process properly. As a result, taking this route can significantly cut the time required to complete a divorce. However, legal separation offers several advantages that anyone who is considering ending their marriage should know.

If you are unsure whether it would suit your best interests to ultimately end your marriage, it is worth considering the benefits that legal separation can offer.

While legal separation does offer several advantages, there are some possible drawbacks that you should consider carefully before committing to the process. First, legal separation means you remain legally married. Therefore, if you and your spouse have grown apart and cultivated new romantic relationships, neither of you would be legally able to remarry until you move from legal separation to divorce.

Legal separation is also just as complex as a divorce because you and your spouse will need to handle almost all the same issues you must clarify through divorce proceedings. Depending on your situation, taking steps to initiate a legal separation may harm your relationship in unpredictable ways, especially if there is any hope of reconciliation. Formalizing the legal separation process could ultimately serve as the jumping-off point for your divorce, even if you did not intend this initially. It’s crucial to weigh the decision to start legal separation carefully as you may have overlooked some telltale signs you’re headed for divorce anyway.

Ending a marriage is a very difficult process, and reconciliation may seem like a distant possibility in your current situation. Depending on what personal issues lie between you and your spouse, it may seem like reconciling would be impossible. Legal separation could potentially help you understand your position with greater clarity. After a few months of separation, you may realize that you want to save your marriage, and you and your spouse can use the cooling-off period provided by your separation to serve as a foundation for constructive discussions about repairing your marriage. On the other hand, a legal separation may show you that your marriage is beyond saving or that you and your spouse are genuinely happier living apart from one another.

If you are unsure whether legal separation is right for you, one of the best things you can do is to consult an experienced divorce attorney as soon as possible to discuss your concerns. A good attorney can help you understand what you can expect from the legal separation process and the unique benefits and potential drawbacks legal separation might pose to your specific set of circumstances.